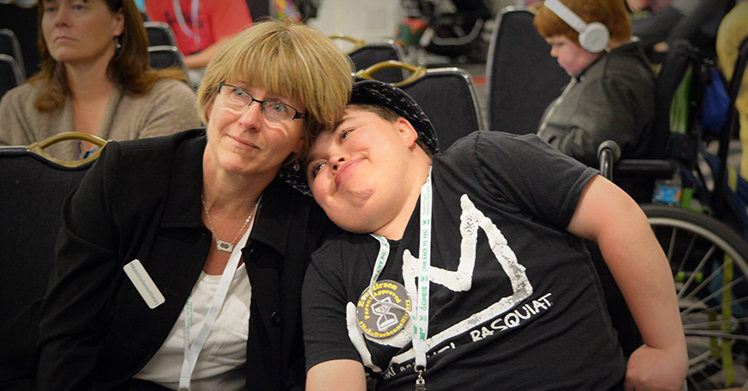 There is no way around it, today was hard. Hundreds of us – the largest gathering of Duchenne families in history – came together to tell the FDA that eteplirsen is safe, effective, and should be approved using the tools that have been given to the FDA, tools that our community worked with Congress to put in place. And while being a part of this gathering was one of the highlights of the over 30 years I have been in this community, it also broke my heart – over and over and over again. 52+ times. As family after family reminded us of the devastation of this disease and the tiny deaths we witness our loved ones live through. 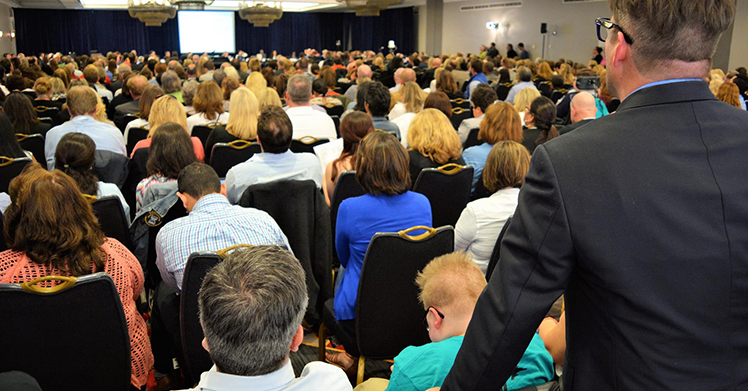 The raw emotion and passion of this community is unlike anything I have ever witnessed before. You opened your hearts, your stories for the world to hear. Your testimonies were incredibly compelling, beautifully expressed, and poised. Once again, our community I think, will be held up as a model to other rare diseases, representing the way you convene a group of people to share their experiences with a product as effectively as possible.

It felt like a trial. It felt like we were defending our children and their right to a treatment we believe in. Like you, I am dumbfounded by the closing votes and discussion (see our recap below). But this is part of the process. A decision has not been made – these were recommendations. And I believe that the number of questions with mixed votes represent opportunities for us to change minds and continue to influence the agency. Every member who abstained from voting seemed visibly torn, weighing I believe the benefit/risk equation our families presented. It was our responsibility to educate the FDA today with data and first-hand accounts of the effectiveness of this treatment. I believe we did this. 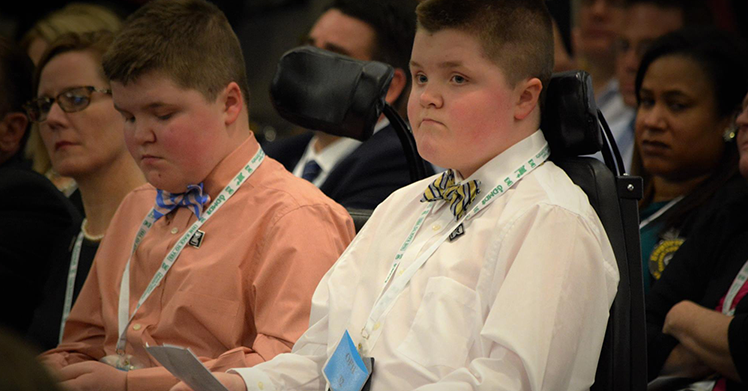 As I told in my testimony today, 20 years ago I lost my second son to Duchenne. When my sons were alive, they had no options. Today we are talking about a drug with significantly greater impact, one that is focused on the fundamental defect in Duchenne, restoring dystrophin. Eteplirsen is safe. Four years of safety data with no adverse effects. We can argue small numbers. We can argue about quantification of dystrophin.

But what is critical is to discuss the impact of an incremental effect. A positive incremental effect has a ripple effect across a lifetime. Extending ambulation, preventing scoliosis, decreased financial impact in terms of accommodation (school, home, employment), and perhaps most important, preserving quality of life.

Our community doesn't know the meaning of the word quit. We have been and will continue to be an incredibly driven group because we are fighting for the most important thing in the world...our children. PPMD has connected with Sarepta to find out how we can help them between now and the PDUFA date of May 26. We will look at policy opportunities and we will reach out to our champions in Washington. And we will make every effort to speak to the FDA directly.

Today’s final discussion and vote are similar to scenarios we discussed in a previous webinar. The questions were included in briefing documents the FDA published last Thursday. Seven questions were presented with a discussion followed by a vote on that discussion.

The questions, as well as the votes, were designed to facilitate discussion around the findings and complexities of each of the studies that had been presented throughout the day. 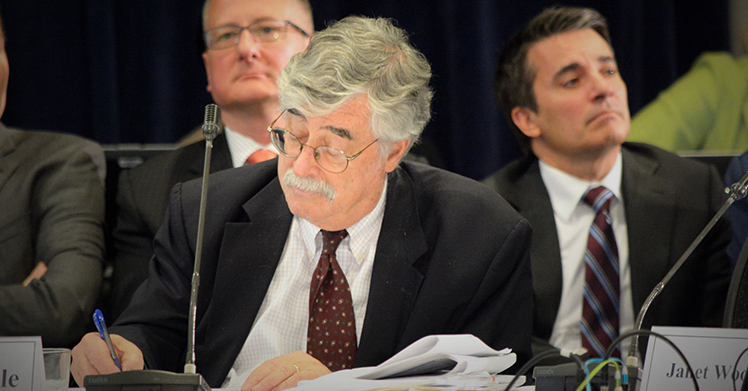 1) Discussion: Discuss the evidence presented about dystrophin production, including the following:

2) Vote: Has the Applicant provided substantial evidence from adequate and well controlled studies that eteplirsen induces production of dystrophin to a level that is reasonably likely to predict clinical benefit?

Paul Romitti ‘hit the wrong button’ and changed his vote during discussion.

3) Discussion: Discuss the strengths and weaknesses of the clinical evidence of efficacy provided by Study 201/202, with particular consideration of the design of the study, sample size, statistical methods, general concerns regarding a comparison to a historical control group, specific concerns with respect to the comparability of these two groups (in particular, how motivational factors and differences in assessment of physical performance outcomes may have affected the 6-minute walk endpoint and other endpoints), and any other issues that you think may be important.

4) Vote: Were decisions to administer the 6-minute walk test (vs. conclusions that the patient could no longer walk) sufficiently objective and free of bias and subjective decision-making by patients, their caregivers, and/or health care professionals to allow for a valid comparison between patients in Study 201/202 and an external control group?

Kesselheim – not a very good question, convinced through the course of the day that 6MWT was a valid clinical endpoint, didn’t agree with part of the question

5) Vote: What is the impact of the North Star Ambulatory Assessment results on the persuasiveness of the findings in Study 201/202?

Clarifying questions:
Do we use totality of evidence presented by both sponsor and FDA? Yes

6) Vote: What is the impact of the other tests of physical performance (e.g., rise time, 10-meter run/walk) on the persuasiveness of findings in Study 201/202?

Clarifying question: To what extent are we to take into consideration to testimony of the views of the community?

Ben Dupree cried as he gave his reasoning for supporting the vote.

Click here to download the written testimony submitted by PPMD to the Peripheral and Central Nervous System Drug Advisory Committee.

And now we wait. Once again. We wait until the agency makes a decision, wait until we are told if we are allowed to treat our sons with a therapy we believe to be safe and effective. Some days it feels like waiting is our full time job.

Tonight, be proud of yourself.

If you participate in the eteplirsen trial or any trial for any potential therapy in the Duchenne pipeline, you are our hero! You have forever changed the progression of Duchenne with your bravery and selflessness. "Thank you" will never be enough.

If you spoke at the Open Public Hearing, be confident that your heartfelt testimony made an impact. Opening your heart, your home, your family's story today was not in vain. You moved people around the world - thousands watching online. 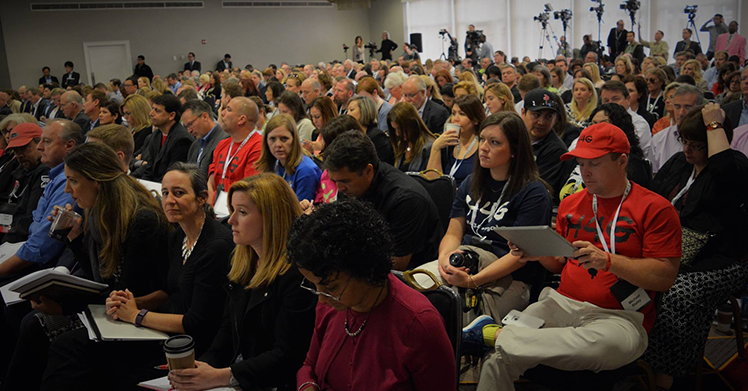 If you attended the Ad Comm today as a spectator, watching from one of the satellite rooms via the live stream, your presence and your energy motivated and inspired all of the OPH participants. Your belief in us helped us believe in the job we had to do.

And if you followed the meeting from home or work, via social media or live streaming, I hope you felt represented and that you felt like your story or a version of your story was told. You might not have physically been there, but your spirit was felt and appreciated.

We were so proud too, of the #MakeDuchenneHistory coalition that came together and organized a monumental, logistical feat. Each group put their talents and skill set to use so that the community could come together easily and effectively. We are stronger when we speak in one voice.

There have been many historic moments in Duchenne over the last few years as we continue to lead the rare disease community with unprecedented strides in Congress and with federal agencies. For a disease with no approved treatment (as of yet!), this community has done more to change the landscape in the clinical trial process since the AIDS community years ago.

Today, was arguably our most important day as a community. We set new records with the greatest number of participants in the OPH, in attendance, and streaming remotely...in an Ad Comm that had to be extended to accommodate this incredible participation. We came together as one extended, powerful family. Today was for every single person with Duchenne.

I go to sleep tonight proud and more hopeful than I have been in a long time. As always, I will pray that we end Duchenne. And tonight, I pray that today will go down in our collective as the day we made Duchenne history with the approval of the first Duchenne therapy.

We are ever so grateful to you Pat for continuing to motivate our community and giving us hope even in the face of continuous disappointments. Thank you so so very much !

The turn out was amazing, I just can't help but worry about the broader implications of the bazaar (truly, bazaar) hard line it seems the FDA has taken on this particular disease and drug approvals.  Investors and biotechs vested in further research into DMD therapies are (rightfully so) getting more and more gun shy about even dipping their toes into the muddied waters.  If it gets much worse, it seems there could be a significant impedance on the community, and stagnate research while pharmaceutical companies try and pick up the pieces.  I think it's far more important to approve this drug to prevent the aforementioned from happening, regardless of it's perceived ineffectiveness.  I just hope the FDA understands that this is a very real, and terrifying implication that could affect more than just this generation.

An excellent recap and powerful testimony, Pat. Thank you for all that you, your staff and volunteers of PPMD have done and continue to do to fight for and help improve the lives of our amazing boys and all of us affected by DMD. Keep up the good fight!

Pat many thanks for your efforts. Your speech was moving and touched the heart. I saw the entire Ad Comm via live streaming. The DMD community made an excellent case for approval of Eteplirsen. The way children and their parents spoke was highly commendable. It is unfortunate that the majority in the advisory committee did not give positive views about Eteplirsen. But I felt the voting questions written by FDA were confusing and questioned more on the way the trials were conducted. For the last question the committee was confused whether they should take the opinion of the community or not and FDA did not tell them clearly to consider the opinion of the community. Looks like its going to be a tough road for the community to get approval for DMD drugs from FDA.