My BRAVE Story: Time is running out

Logan's Story: Eight and a half years ago, our world changed forever when, for the first time, we heard the words Duchenne Muscular Dystrophy.  I could never have imagined in my wildest dreams that I would have a son with DMD.  Wasn't he perfectly healthy when he was born? 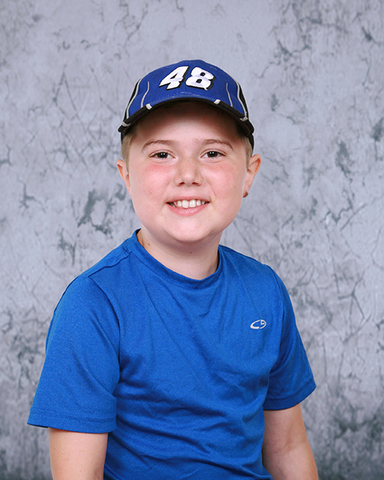 We don't have a family history of Duchenne, but as it turns out, I am a carrier for it.   At just one year of age, Logan wasn't meeting many of the developmental milestones he should have been.  Our family practice doctor sent us to a pediatrician, who told us that if he wasn't walking in three months to bring him back.  We took him back four months later, and after a blood test, he was diagnosed with Duchenne.  I remember thinking at that time how fortunate we were that he was so young, because there would be plenty of time for a viable treatment for him before he lost the ability to walk. Logan will be 10 later this month, and is slowly losing the battle with his muscles.  His walk is different, he gets tired more easily, and because of the steroid regiment, his five year old sister is nearly surpassing him in height.  He is such a trooper when it comes to taking all of his daily meds, physical therapy, night splints and everything else that comes with having DMD. The doctor told us years ago to expect him to use a wheelchair between the ages of 10-14.   I'm not sure where those 8 years went, but I'm not ready for it.  Logan has no idea at this time that in a few years he may not be able to walk, and I don't know how on earth I will answer his questions when he figures it out.  We still don't have a treatment for Duchenne...and time is running out for Logan & other boys like him. If I could talk to the FDA, I would tell them every day is precious.

We are losing the battle with Duchenne, and it's time to fast-track drugs that show promise in treating this horrible disease.  I'd ask them...I'd BEG them to hurry along any promising drugs.  I'd ask them to do it for my son, because I can't imagine a life without him in it.