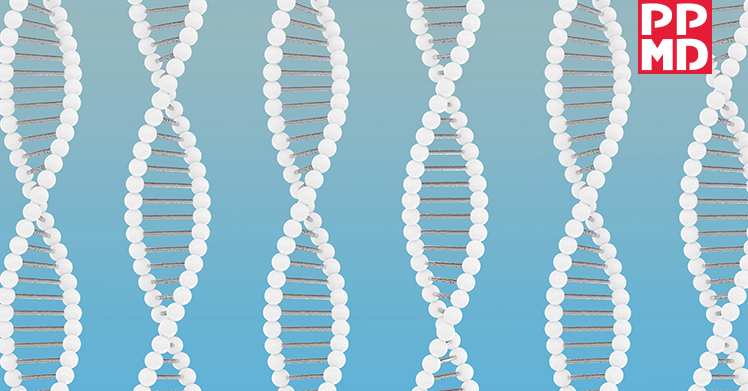 On September 28 and 29, I had the privilege of attending an in-person Wellstone Center meeting that Dr. Eric Olson and his Wellstone team at UT Southwestern Medical Center hosted in Dallas, TX. The breadth and depth of what the Wellstone Centers have worked on over the years was apparent. I was struck by the number of therapies in the clinic that had received some support from the Wellstone program at some point. So much good science, incredible researchers and clinicians, and positive steps forward in turning research into therapies in one room. With portions of the agenda dedicated to gene transfer – a technology that PPMD continues to make extensive investments in thanks to your support – the excitement throughout these two days was palpable.

The Wellstone Centers of Excellence are the result of the MD-CARE Act. In total, there are six Wellstones, all focused on neuromuscular diseases. Each Center involves several research projects and core facilities with an emphasis on translational and clinical research. Each Center has at least one core facility, such as a vector core, muscle biopsy core, and diagnostics core, etc. The Wellstones share services and resources with the muscular dystrophy research community, nationwide. These Centers serve as focal points for research collaborations, training, and communication.

Three of the six centers are focused on Duchenne muscular dystrophy, though all Centers collaborate and share resources. Center grants are for a period of five years, each receiving $1 million/year.

The three centers that are currently focused on Duchenne are:

At this last month's meeting, the first half day was devoted to clinical care and talks were geared to families. Dr. Olson started by updating the audience on his progress with CRISPR/Cas9 as part of his Wellstone grant. He created mice that have human mutations by using the CRISPR technology itself to cut the mouse DNA at certain places – creating first a mouse with a deletion of exon 50, then 44, 43, 52, and 45. He then delivered AAV-mediated CRSIPR/Cas9 guided to each of these mice who were 8-weeks old, and showed that dystrophin could be restored up to 80% of normal. Recently he has dosed, by IM (an injection into a muscle), two 4-week old King Charles Cavalier spaniels with Duchenne CRISPR/Cas 9 and 52% - 67% restoration in dystrophin was seen. These results are encouraging and the next steps are to make the leap from IM to systemic delivery and conduct the rigorous safety studies needed to prepare for human clinical trials.

While the initial results are positive, there are still many questions for which we don’t have answers. Discussion questions, asked by the audience, included delivery method and how efficient AAV is in delivering systemically and will CRISPR/Cas9 edit satellite cells? What is the possibility of off target-effects and how to test for those? What is the potential for an immune response to the newly produced dystrophin and/or the Cas9 enzyme? These are just some of the important question in terms of creating a long-lasting therapy. However, the science is amazing and these unknowns are not going to impede the momentum nor the next steps towards going into humans.

Dr. Olson has partnered with Exonics Therapeutics to further develop CRISPR/Cas9 for Duchenne. From their website:

"Exonics is initially editing exon 51, which will address the largest group of exon mutations in the Duchenne population. We will leverage our technology to also address other common mutations and anticipate development of sequences targeting a majority of Duchenne mutations in the future.”

Theoretically and technically, CRISPR/Cas9 could treat up to 80% of Duchenne mutations; but similar to exon skipping, the company will start with the most common, exon 51 amenable mutations, and move from there. It will work better in deletions and point mutations.

Although Dr. Olson said that duplication editing is possible (as a single guidewire can be created that targets a similar sequence in both exons resulting from the duplication), his lab is focused on deletions.  Dr. Olson added, however, that the editing machinery is not as efficient when correcting duplications so it remains to be seen how it will work in duplications.

There are a number of other laboratories focused on myoediting in Duchenne and other diseases. The laboratory of Ronnie Cohn (The Hospital for Sick Kids – Canada) is focused on duplications, in particular, and Harvard stem cell researcher Amy Wagers and Duke University’s Gersbach laboratory, are also focused on exploiting the potential of this technology. In fact, I just read about CRISPR/Cas9 being delivered by gold particles, to get around the inconvenience of AAV delivery, and that someone was exploring an oral CRISPR/Cas9. So just as with the monoclonal antibodies of the 1990s, new technologies will be improved and become standard therapy in time. We are just at the beginning of the continuum with CRISPR/Cas9, and hope to learn from all the researchers in the field.

The meeting continued with several talks on clinical care, including care of adults with Duchenne and specifically focused on diagnosis and management of cardiomyopathy and cardiac care. The day ended with a talk by a psychologist living with Limb-Girdle muscular dystrophy who focused on the benefits of attending to one’s mental health, whether a parent, individual with disease, family member, or caregiver. She offered several strategies for managing the emotional side of the disease and emphasized how important this is. Coming from someone living with the disease, the message was all the more meaningful.

Day two of the Wellstone meeting was full of scientific talks, focusing on many different types of muscular dystrophy. Of particular note was Dr. Mattia Quatrocelli, working in the McNally lab with the University of Florida Wellstone Center who presented his work on examining steroid dosing.  He found that weekly dosing enhances muscle performance, while daily diminishes it; weekly dosing enhances recovery, while daily dosing drives atrophy . PPMD held a Critical Path Innovation meeting with FDA to explore the role of inflammation and the impact of steroids, followed by a pre-Conference meeting with international experts.  We are hopeful studies to replace steroids are successful (Catabasis and ReveraGen) and anxious to learn more on the impact of steroids and dosing regimens. The FOR-DMD study is examining dosing regimens of steroids and we are eagerly anticipating the results to corroborate findings in animals.

Dr. Jeff Chamberlain and Dr. Steve Hauschka of the Seattle Wellstone Center reviewed their work in gene therapy, including:

There is much more to explore around the elements of gene therapy. We assume it will get better and better as time goes on.

The highlight of the meeting for me was Dr. Jerry Mendell’s keynote talk on Clinical Gene Therapy in SMA Type 1. You are likely familiar with this story: gene therapy using AAV and delivering the SMN gene has helped to restore function in SMA Type 1 infants, defying the natural history of the disease, where close to 100% of infants do not survive past two. Two years into the trial, 15 out of 15 patients are still alive and they have met many functional milestones they were predicted never to reach.

As part of his talk, Dr. Mendell brought in a family who had taken part in the trial. Alice was 4-weeks old when she received the treatment and today, when I saw her, she was two weeks shy of her second birthday. She was sitting in a wheelchair, but pushed herself around, exploring the open space of the atrium of the building we were in – and searching out her mom when she sensed her to be too far away!  She isn’t 100% cured. But life is better for this family. You can see it in her parents and grandparents faces. Alice is alive. She breathes and eats on her own, she sits in her mom’s lap, and her grandparents enjoy her every day.

This is why we were all gathered – to pursue improvement in outcomes. I left Texas with my batteries recharged, inspired by the research that was presented, the scientists leading the efforts, and proud of PPMD’s ongoing investment in such innovative technology.

An announcement came out several days ago regarding Avexis, a company who licensed the SMA type 1 Gene therapy technology from Nationwide, saying they were ready to start their Phase 3 registration trial. I hope that one day we will be reading the same announcement for Duchenne.

Great Info on new research happening for DMD. Hope we see cure soon for our kids.

Is any additional information available on Dr. Quatrocelli's presentation about weekly steroid treatment.  Specifically I am wondering if his work was with Duchenne Boys, which steroid(s) were tested, how many boys and for how long?