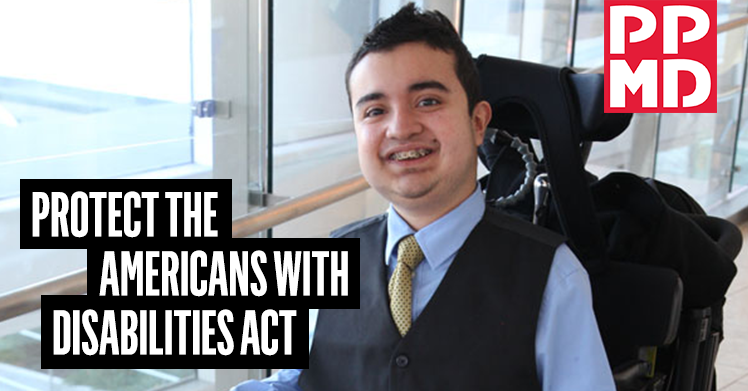 UPDATE - FEBRUARY 20, 2018: Despite bold outcry from disability and civil rights groups, HR 620 has passed in the House. PPMD has been in touch with Senate leadership and the path in the Senate is uncertain, but we urge our community to reach out to Senators and make them aware of this bill’s devastating impact on the civil rights of Americans. We believe that the success in the House was because well-intentioned Members did not understand the intent and impact of this legislation. We have an opportunity to be pro-active in the Senate now before momentum even begins. Click here to take action now.

We need all members of our Duchenne community to contact your Representative today by calling the main Capitol line at: 202-224-3121 (voice) or 202-224-3091 (TTY) and urge them to #VoteNo on the ADA Education and Reform Act (H.R. 620), which will take away rights of people with Duchenne and other disabilities.