Once my son Tim was born, I had prayed and dreamed of a good Christian man to marry and a good home to purchase, a good paying job and much more blessings. I still had this hope and dream after my son was diagnosed with Duchenne muscular dystrophy. In the coming years, as I became more n' more my son's advocator and caregiver as I watched his health deteriorate I also watched my dreams die. The amount of sacrifices I had to make to lovingly care for Tim. A good job, a nice house, a "fancy" car, bunch of good friends. As life would take me a different direction that would Tim and I to meet and befriend the most rewarding friendships, and although the sacrifices I would make for Tim, somehow I knew God had something good in mind for us.

And then Timothy died...only a month short of his 25th birthday and suddenly my world changed. Suddenly, due to my small income, I realized in a short time I would become homeless and even "jobless". My son's father had been a total a** which is being modest and some family was not any better or supportive much less a comfort. As human, I was scared as sh**. But as a Christian, I knew I had to keep my faith in God, I had to keep trusting Him even when many didn't look at me to qualify for work or to rent from them. 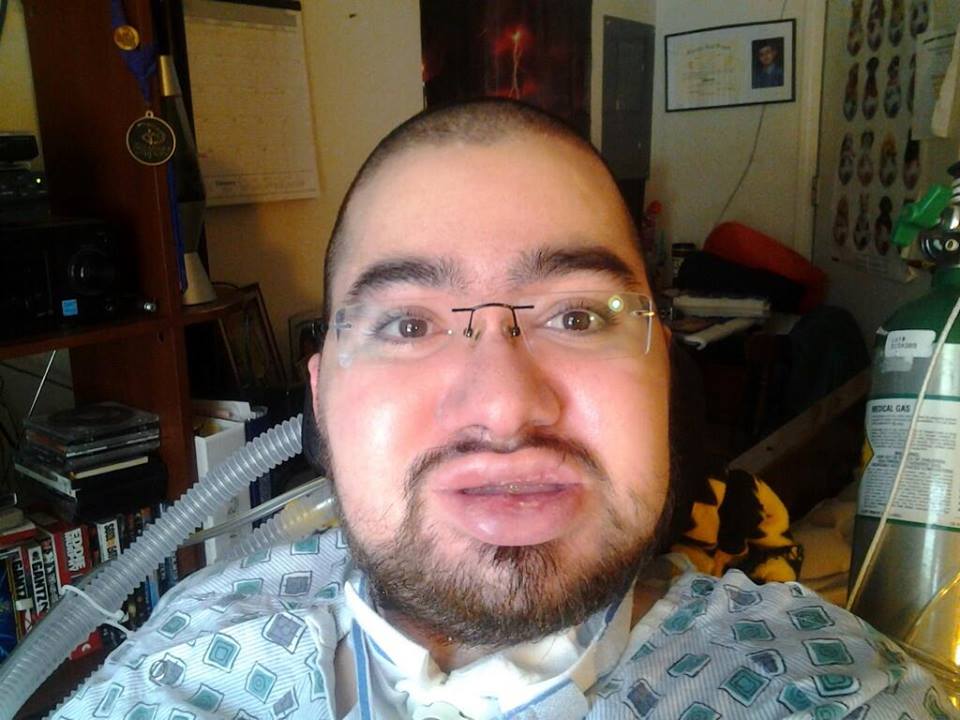 4 days before Tim's passing. But you can see how the CHF already affecting him.

For some unknown reason, Timothy loved it when I would rub his head. To watch the expression on his face made me smile...& laugh. Before he was pronounced dead, I gave him one more head rub. I know somehow inside he was smiling down on me. Even while he was dying in my arms, I made sure through my tears, that he got one more major head rub. I had to let him know it was ok to go in peace with God. That all his suffering was now over, and when he awakes, he will have a whole new body.

I laid there in the bed with him as he gave his last breath in my arms, as the day he was born. My son laid lifeless in my arms. I had played his Lincoln Park and Evanescence before his death...hoping that he heard that as well as my voice.

As I walked by my memorial table, photos of Tim, my mother and grandfather, as the petals of fresh flowers fall, I stop to rub the lid of Tim's urn. Again, out of habit I was rubbing his head, and I know he knows I will continue to this in his memory.

It's now been a month, and I still feel numb, sick, confused and depressed. For the first time in 25 years, I am alone. I keep praying for God's guidance, whatever it may be, I had to trust Him. First I had to find a way to survive, then get guidance on my health, then to find a shelter and a job. I don't know how long it will happen,but my health was failing.

I had been in the habit of taking care of Timothy first, I now needed to be my own caregiver- first HOW to do this. It is frightening.