As I sit here thinking about my 16th year of teaching (which begins tomorrow..Sept. 1), I am thankful for all the support from my middle school colleagues and kids. This summer has been wonderful and scary all at the same time. The Denver conference was amazing, and after it was over, I got speaking gigs at Acceleron (brilliant people work there, and work hard for all DMD boys), and also at the 2nd annual Becker Conference at Mass. General Hospital. I spent time with friends at my lake, as well… Continue

RDSP - Not for our boys

While looking for government programs here in Canada for people with disabilities, I happened upon the Registered Disability Savings Plan. It looked great. The government would match from $1000 to $3000 per year for money put into these accounts. There was more money available for low income households as well. We thought this would be a great way to put some money aside for their future needs

I had an appointment with the bank today to find out some more details about the plans. I… Continue

Staff Why did Blake die? Why do some boys die so young?

I first met Whalen, Blake’s dad, just after Blake was diagnosed. It was summer, just before our Annual Connect Conference scheduled in Pittsburgh, PA. Whalen rode his bike from Florida to Pittsburgh. Red-faced, he arrived- tired, hot, and smiling. From that day on, Whalen and Allison were committed to help Blake and every other boy. We met often – conference, marathons, and in Washington.

We lost Blake last week. While showering he… Continue 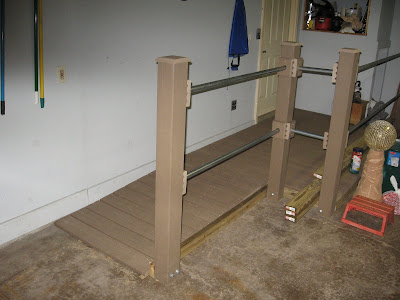 Mandy and I had both been wanting to get tattoos for a while. We each had one previous to our relationship and have often talked about getting another. It wasn't long after the diagnosis she decided she wanted the boys' names, and I thought that would be a heck of an idea. So we finally got them done this weekend. Mandy's is sort of a tribal anklet with their names as a centre piece. I already have an anklet, so I opted for one on my chest, over my heart. …

The Changing Levels of Hope

When my children were little I would tell them the world had been black and white before they were born and things were only seen in color when they arrived. For a short time they believed me, especially when I showed them black and white family photos or when we watched old movies, but they soon figured out it was another one of my crazy tales used to make a point. As our world grows, whether having children or the result of other major life changes, our perspective changes. Life was much more… Continue

How to speak with One Voice?

The Duchenne community is too diverse with many boys/girls at different paths and points along our journey.

So I thought lets USE all the different boys/girls to make our One Voice actually work. I got some inspiration from how cancer charities approach fundraising.

The roller coaster of Duchenne has been in high gear this week with BioMarin’s announcement to halt trials and one day later, Acceleron’s press release about receiving Fast Track Status. I don’t know about you, but in a certain way, it sounds like Fast Track Status should be a high speed train, capable of 220 mph. The reality is that the Fast Track Status train is the same train, with better fuel (expedited review) and more tech support (FDA interaction).

I am pretty sure, everyone may… Continue

Staff It's the little things

Last weekend I participated in the Genetic Alliance Gene Screening films (Marfan, Power of Two, Rick Guidotti, Darius Goes West) on Thursday evening. Many of us are already familiar with Darius Goes West (DGW) so I thought I would concentrate a bit on the other films and the common threads that link all of us together. I wondered how the evening would go, sitting through 3 ½ hours of films on specific rare disease.… Continue