Just your not so average Thursday afternoon for a dude with Duchenne and his momma. A conversation that needed to happen, but this momma had been struggling to find the right time to have it.  Dreading revealing a secret that I have been keeping from Jake, but also hiding it was just as dreadful. Sometimes the Universe does not give you a choice and presents you with a golden ticket in the form of an opportune moment. Do you take it? Do you crumple it up and toss it into oblivion you like…

Parent Project Muscular Dystrophy and DuchenneConnect are happy to present the 2012 DuchenneConnect Year-End Report! Read about the registry’s accomplishments in 2012 and goals for 2013. We had a busy and exciting year as we…

I have met some amazingly innovative people in my travels. Many who are dedicated to improving the lives of those living with rare diseases. Wendy White is one of those people. Wendy is the founder of Siren Interactive.  Siren is a digital

PPMD President Pat Furlong and Vice President of Research Sharon Hesterlee are attending MDA’s Scientific Conference this week in Washington, D.C. Most of what was presented are results that were previously announced. However, there were some interesting presentations, as well as, results worth repeating, that we wanted to share. Sharon and Pat will continue to blog from the conference:

The purpose of this communication is provide an update to you, as you have requested, on GSK’s plans for providing the option of continued access to drisapersen for boys completing the US Ph IIb 48 week study (DMD114876)…

PPMD is proud to share an advance copy of Putting Patients First, a white paper outlining… 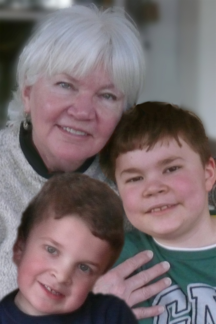 Five years ago, I did not know the world of Duchenne muscular dystrophy existed. Before my young grandsons were officially diagnosed in 2008, my daughter told me that some genetic… 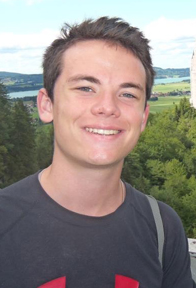 As you know, each month we feature someone in the community with Duchenne, that has done something really special to raise awareness and help us in our fight. This month, we are featuring 17-year-old Matt Scheivert, who doesn’t have Duchenne, but has already decided that he wants to continue to work in Duchenne research and advocacy. He plans to attend…

PPMD received the email update below from Hans Schikan at Prosensa:

Today, at the Cold Spring Harbor conference in the US, Dr John Kraus of GSK gave an excellent presentation on the outcome of the 117 (DEMAND II) clinical trial. The primary endpoint in this exploratory study was met and a statistically and clinically meaningful difference of 35 meters in the six-minute walk test between the continuous dosing regimen of 6mg/kg per week and placebo was…

To keep you updated on the progress of the drisapersen (previously GSK2402968) clinical development program, as you have requested, I am writing to inform you that the results of the GSK Phase IIb study investigating drisapersen as… One interesting thing about silence is listening to…

Funeral dirge. Hearts break so many times, it is impossible to keep track.  A tidal wave of memories, nearly too much to bear. Minds racing, reviewing the journey that was Duchenne and all of the ‘what ifs’ and ‘if only’ that remain. Ryan’s father, mother, sisters – raw and alone, returning to the home once overflowing with Ryan and now empty.

I met Howard Kaplan many years ago in Chicago. He is a tall, broad shouldered man and in the business of protection.  His company,…

Summer is just around the corner and with that comes sunshine, fireflies and PPMD’s Annual Connect Conference.

We are excited to be back in Baltimore, MD at the beautiful Marriott Waterfront this year and really excited about this year’s program.