Webinar: Understanding the Potential of Epicatechin 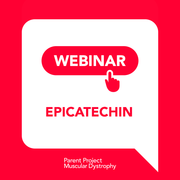 Since PPMD was founded in 1994, we have made significant investments in early stage research. As part of PPMD’s ongoing support of promising new therapies, we are excited to learn more about epicatechin in a webinar being held on Wednesday, December 16 at 1pm eastern.

PPMD Founding President and CEO, Pat Furlong, will interview Dr. George Schreiner, President and CSA of Cardero Therapeutics to discuss the potential benefit of their drug candidate, epicatechin, to patients with Duchenne.

The scientists of Cardero Therapeutics have discovered that epicatechin, a member of the flavonoid family of molecules that are found in numerous plants, is the most potent inducer of mitochondrial formation described to date, and appears to exert therapeutic effects on the regeneration of muscle that has been damaged by the loss of mitochondria.

What does this have to do with muscular dystrophy?

Mitochondria produce ATP, the fuel that powers  skeletal muscle and the heart. Most forms of muscular dystrophy are associated with a loss of mitochondria because of metabolic toxins produced by the compensatory excessive contractions associated with dystrophic muscle. As the muscles loss mitochondria, they become progressively weaker, which eventually causes muscle atrophy and impaired function of both the heart and respiratory muscles.

Dr. Craig McDonald, University of California, Davis, recently demonstrated at the June PPMD meetings that patients with Becker muscular dystrophy experienced improved heart and muscle function after treatment with oral epicatechin. The restorative effect of epicatechin, particularly a rare variant of epicatechin that Cardero Therapeutics is advancing into the clinic, is unique to epicatechin because the molecule is acting as a mimic of a newly discovered human hormone released during exercise that may mediate the benefits of exercise-associated muscle conditioning.

If you have any questions you would like to submit about epicatechin prior to the webinar on 12/16, please email them to info@parentprojectmd.org, with “Epicatechin Webinar” in the subject line by noon on 12/14.

RSVP for Webinar: Understanding the Potential of Epicatechin to add comments!

Comment by David on December 17, 2015 at 10:51am
Couldn't sleep last night, so excited about what we learned at this webinar. How refreshing to hear directly from the CEO, also a medical professional, who seem to clearly understand not only the science but our sense of urgency. Even more exciting, their focus on older patients, and non ambulatory outcome measures. Hopefully this is the beginning of the end for the 6 minute walk test! 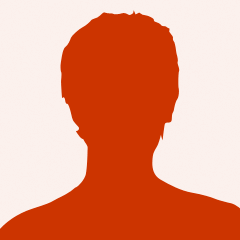