At Long Last, A Victory! 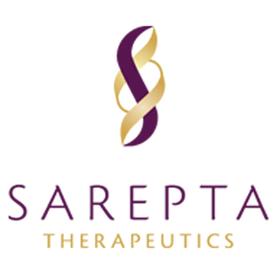 One Life on this earth is all that we get, whether it is enough or not enough, and the obvious conclusion would seem to be that at the very least we are fools if we do not live it as fully and bravely and beautifully as we can.

This brave and beautiful community has demonstrated in various ways, that this one life will be well-spent, focused on changing the landscape for our children. Today was a day we don’t see nearly enough in our community – today was a victory!

This morning, Sarepta announced that its discussions with the Food and Drug Administration (FDA) over the last several months have borne fruit—the FDA has agreed to allow Sarepta to submit a New Drug Application (NDA) for eteplirsen.  The company plans to submit the application by the end of this year and should have a decision from the FDA by mid-2015 about whether or not it will be approved.   Over the last several years, the chances that a drug will go on to be approved after an NDA is allowed is well over 50%.

After the NDA is submitted one of the three things can happen:

To hedge its bets and generate additional data, by the end of this year the company plans to start a confirmatory study in parallel to submitting the NDA, and will also conduct separate studies with younger boys and non-ambulatory boys.

In addition to the ability to move forward with the NDA, there were several other “wins” announced by Sarepta, including the FDA’s willingness to not require a placebo arm in the confirmatory study and the willingness of the FDA to consider data generated by the confirmatory study and additional studies with eteplirsen even after the NDA is filed.  The FDA also suggested that there may be a path forward to approving future exon-skipping drugs through an abbreviated process.

We believe that this evidence of flexibility on the part of the FDA is very responsive to the requirements of FDASIA 2013—the law that regulates the FDA’s funding and activities.   It’s also clear that the world is changing in rare disease as advocacy organizations show themselves to be true partners in the process of drug approval, whether it by providing the FDA with expert advice, documenting benefit/risk preferences, or expressing the will of the community with a petition that is over 100,000 strong.  We were particularly gratified to hear that PPMD's policy forum played a significant role in providing the FDA with information it could use to make decisions about a path forward for eteplirsen.

As we digest this news, many of you are probably wondering what this means for other exons.  The signal from the FDA that there may be a path forward for faster approval of this whole class of drugs suggests that the traditional drug approval process may be shortened in its time line.  Queued up next from Sarepta are exons 53, 45, 50, 44, 52, 55, and 8, while Prosensa is working on exons 44, 45, 53, 52, and 55.   Prosensa is also working on a new approach for multi-exon skipping in the regions of exons 10-30 and PPMD is funding Toshifumi Yakota of the University of Alberta to work on a multi-exon skip of the exon 45-55 region.

Families who participated in the drisapersen trial may also be wondering if their boys are eligible to participate in the planned eteplirsen studies—based on discussions with the company this morning, yes, after a six month wash-out period (when the boys are taking no drug).

Sarepta will host a webinar in the very near future and all foundations will partner. We will be happy to share your questions with Sarepta when those details are confirmed.

We congratulate Sarepta and the whole Duchenne community for the various initiatives that came together to achieve these victories.  We also thank the FDA for showing flexibility while maintaining high standards that ultimately protect our children.

Today, we – the collective we – helped change the landscape, so that tomorrow our children can live their lives “fully and bravely and beautifully.”

Pat,the whole PPMD community,friends and partners:it is a long way that you have fought,many times punching away in battles that must have in many cases seemed hopeless and pointless.But your efforts, materially,emotionally and otherwise,have brought us to where we are today.For those of us who joined this great community in the last few years,we cannot thank you enough for giving us hope and support as we oriented ourselves to the vagaries of DMD on our children,and giving them a chance to live.And i believe i speak for all of us and more.Thank you.