Those engaged in federal advocacy probably thought the Prescription Drug User Fee Act and its acronym PDUFA would take the cake in terms of policy jargon. But as the nation's eyes are fixed on Washington to see whether or not the nation will careen over the "fiscal cliff," the term sequester and sequestration is invading the American lexicon.

According to Webster, sequester traces its roots to the 14th Century and is derived from the Latin "sequestrare" which means "to hand over to a trustee."  After centuries of obscurity, the term gained new prominence beginning in the summer of 2011, when Congress reached a deal to increase the nation's debt that forced a set of across-the-board spending cuts – or a sequester of such funds – if a committee of a dozen members of Congress – dubbed the "Super Committee" failed to come up with another way to cut between $1.2 to $1.5 trillion in spending over the next decade.

After a few months of work, the Super Committee fizzled and shortly before Thanksgiving last year failed to meet their deadline and find a way to reduce spending by $1.2 to $1.5 trillion. The basic divide was between those opposed to any increases in taxes and those opposed to any cuts in spending, resulting in a chasm that could not be overcome and leaving the nation with the sequester scheduled to take effect in January 2013. In recent months, the number of warnings that the impact of such cuts – divided between defense spending and domestic discretionary or non-entitlement spending – would be devastating to our still fragile economy, have increased as we near the implementation date.

Most importantly to our community, projections estimate that the National Institutes of Health would see its 2013 budget reduced by $2.5 billion, a cut that would result in about 2,400 fewer grants to support research aimed at discovering treatments and cures for a host of conditions like Duchenne.

Other agencies of importance to Duchenne families like the Centers for Disease Control and Prevention (CDC) and the Food and Drug Administration (FDA) would be similarly impacted. All the work our community did to ensure the rare disease provisions were included in the final FDA PDUFA bill would be stalled due to these cuts. The only bright spot of the sequester and its current terms are that Medicaid funding is not on the table.

PPMD is working hard with organizations such as NORD and Research!America to urge lawmakers to take action before Congress adjourns this year to protect vital biomedical research, public health and medical innovation programs vital to continued progress in medical innovation from devastating across-the-board cuts. Over the coming days and weeks, we will continue to closely follow developments on Capitol Hill and take additional actions as necessary to keep our nation from going over the fiscal cliff and to relegate the term sequester back to the history books.

Now is your chance to tell Congress that their inaction on a deal could potentially have an enormous negative impact on the lives of you and your family!

JOIN US in telling Congress that they must work together with the President to achieve a balanced approach to deficit reduction. 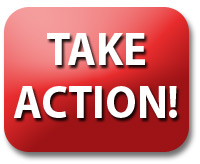 Thank you, Grzegorz! Your support means so much!

As I am not a citizen of US, I am not entitled to TAKE ACTION. Any way I would like to place my voice for your initiatve. You can use it as an external support:

My call comes from Poland, so I do not expect to benefit from US Program, but as a member of family suffered from Duchenne I support any initiatives all over the world, because I am aware of the issues that touch families struggling with rare diseases, like Duchenne.

Please see at all kids affected. There is no perspective for many of them at the moment. What I wish to ensure for all of them is the set of all available means to improve a hard piece of their live and to give them hope - hope that the research may bring them the second live SOON.

Many Thanks,
Grzegorz Majchrzak
Father of Błażej - fantastic kid of Duchenne community"