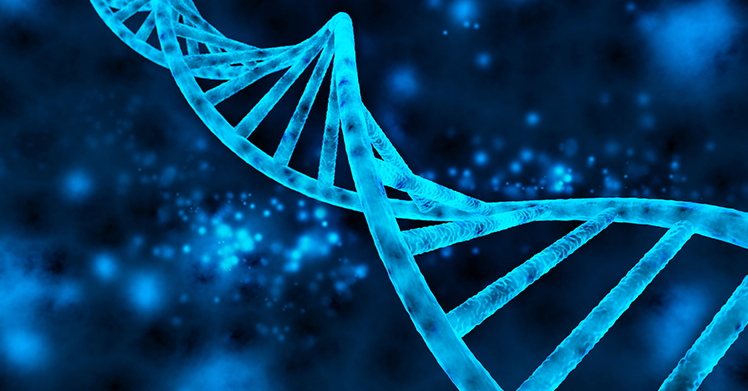 We already have two technologies – exon skipping and stop codon read-through therapy – that allow the body to produce nearly full-length dystrophin. These therapies are steps in the right direction, but are not a cure. They also do not work for everyone, so we need other ways of tackling Duchenne.

The potential to correct disease-causing mutations at the DNA level using gene editing has been the subject of many recent headlines. Many of you have commented on this potential promising new technology, and there are of course many questions. This new technology is called CRISPR/Cas9. The technology is an incredible opportunity and, as all promising approaches, brings along challenges that are currently being addressed before we will see clinical trials.

PPMD wanted to help take a deeper dive into gene editing and CRISPR/Cas9 so that we can better understand the potential of this cutting-edge technology.

What is gene editing?

While people working in the lab have had ways of finding and trying to fix mistakes in DNA, our technologies to this point have not been very specific and are more difficult to use. This is why using them in humans has never been an option, until now. This new technology, CRISPR/CAS9 system, works very specifically and is much easier to use which is why it is getting so much attention in the press. Cas9 is an enzyme that “cuts” double-stranded DNA just like scissors cut paper. When DNA is cut, this triggers the natural DNA repair mechanisms. If Cas9 was used alone it would cut DNA indiscriminately, and thus be useless as a candidate therapeutic. The CRISPR/Cas9 system, however, uses single guide RNA molecules (or sgRNA) to target Cas9 to a pre-specified location on the DNA, so that the “cut” is applied in order to allow a specific mutation to be corrected. These sgRNA are signals or guides to the Cas9 pointing to the exact location that the Cas9 needs to make a cut.

The challenges currently being addressed for using of the CRISPR/Cas9 platform as a therapy for Duchenne include:

We know through the work done with exon skipping that sections of the dystrophin molecule may be somewhat dispensable and can be removed from mRNA to restore the reading frame. Currently exon skipping technologies target the removal of a single exon (51, 53, 45…). This type of concept also applies to CRISPR/Cas9 targeting of the dystrophin gene, but with CRISPR/Cas9 the target is the DNA, not the RNA. Remember that the DNA is the genetic code we inherit from our parents. The DNA gets transcribed into RNA and then translated into protein.

How can gene editing be applied to Duchenne?

There are three conceivable ways that CRISPR/Cas9 platform could be applied to treating Duchenne:

What gene editing research is being conducted in Duchenne models?

Currently, CRISPR/Cas9 technology is being explored for Duchenne in several academic labs. As of the date of this blog, the labs of Eric Olson (University of Texas Southwest; with an NIH Wellstone Muscular Dystrophy Research Center grant focused on this topic), Charlie Gersbach (Duke University), Ronnie Cohn (Hospital for Sick Children), Renzhi Han (Ohio State University), and Akitsu Hotta (Kyoto Uunivesity) have published peer-reviewed articles on the use of CRISPR/Cas9 in Duchenne cells or animal models.

Gene editing is personalized medicine and may have fewer regulatory hurdles in that a single Cas9 nuclease and two sgRNAs may address mutations in over 60% of Duchenne patients (as opposed to the need to evaluate and seek regulatory approval for drugs targeted to different exons). Researchers are currently exploring issues from the design of the sgRNA guide molecules to confer sufficient specificity/selectivity to be safe and effective to the delivery systems for CRISPR/Cas9 system components to muscle in effective concentrations. From gene therapy approaches, we know the immune response to dystrophins generated through gene editing will have to be considered and managed, as well as any potential immune response to the CRISPR/Cas9 reagents themselves.

If the approach chosen is to edit the dystrophin gene in muscle precursor cells isolated from Duchenne patients, the challenge then includes the same issues to any of the cell-based therapies being explored—delivering those cells back into the body and having them survive and populate muscles and produce new muscle fibers.

There is considerable corporate interest in CRISPR technology among some venture capital and drug development companies, and some of the companies have licensed the technology to begin development in other diseases. A major biotech player in CRISPR/Cas9 technology, Editas Medicine, has mentioned Duchenne among a list of inherited conditions that they may target.

Where are we now?

Overall, the state of the science and the level of corporate interest in CRISPR/Cas9 gene editing for Duchenne can be characterized as early stage. As you heard throughout the month of December, PPMD has a long history of supporting early-stage research at pivotal moments. Gene editing provides us with another, very promising technology with the potential to end Duchenne.

For those interested in more detail, there is a nice summary of gene editing in a recent issue of The New Yorker (“The Gene Hackers”). And the December 31, 2015 article in the NY Times.

Hi Sanja -- The first step in this is targeted to the 'hot spot' in the gene, removing the 45th-55th exon. When successful, we're certain they will expand. http://www.nytimes.com/2016/01/01/science/gene-therapy-muscular-dys...

Comment by Sanja Kogelnik on January 6, 2016 at 8:04am
The article notes : they could remove the 45th to 55th exons of the dystrophin gene from Duchenne patient ! So that's mean this treatment is not for all mutation? My son have deletion of exon 44.

Comment by Jay Griffin on January 5, 2016 at 8:03pm
Thank you for sharing this information. From all of my readings, this technology is VERY VERY PROMISING. I've noticed also they are very careful of what they say, yet provide fruitful hope.

I suspect that medical professionals can give a pretty good guess of the time line between early stage research to open market. But with CRISPR being significantly faster and cheaper is it possible that the time line would be faster as well? I see investors pouring millions into this field and wanting to be the first to get this treatment to the open market. Just my thought

Comment by Shelly on January 4, 2016 at 9:43pm
Thanks PPMD for providing such relevant information. Since December there was a lot to read about CRISPR, but it created cobwebs in our minds. Need to understand every aspect of CRISPR cas9.
THANKS!!!