PPMD loves creative, out-of-the-box fundraisers that raise awareness. This new, annual event from Davenport, FL is a great example of something you can do in your community. Read organizer Diana Rodriguez’s story and don’t hesitate to reach out to me with your own ideas. PPMD has all the tools you need to create a truly memorable and important event! 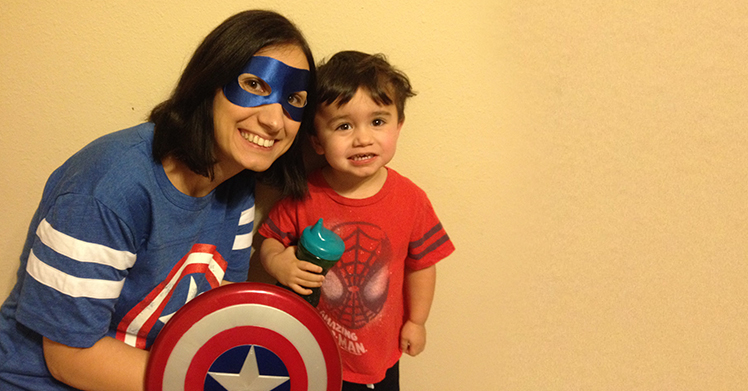 My biggest reason for creating this fundraiser was to raise the awareness in my community about Duchenne. It was a bonus to be able to raise so much money for PPMD. My son Benjamin will be at this school in 2017 and I hope that by all we are doing now and in the future, the students and teachers are more aware and understanding of his needs. I knew from our past fundraisers that our students and their families are generous and truly have good hearts, but the attention they have given to this fundraiser has just blown me away!

Our school Ridgeview Global Studies Academy is a Charter school in Davenport, FL. We have 850 students making up 45 classrooms and 90 staff members. We hope to bring this fundraiser back each year to our school. As we do, we will share the research and changes in the Duchenne community with the students and their families. We would also like to add more incentives for the students, or possibly some fundraising nights out in the community. 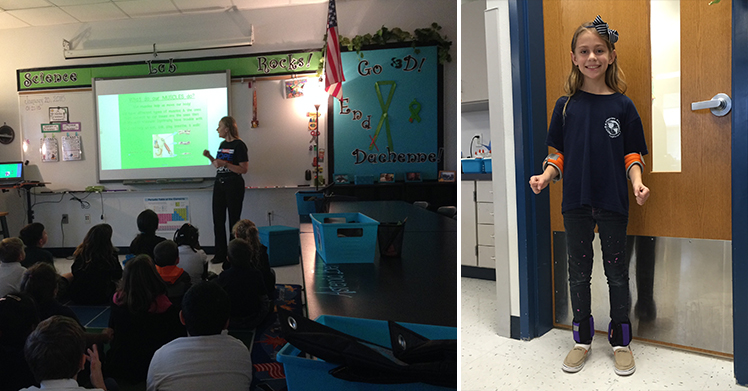 During the two weeks preceding the fundraiser, all classes were taught about Duchenne in our school Science Lab with our Science teacher Nicole Parsons. Nicole said:

"The amount of compassion the students exhibited during the DMD lessons was amazing to see. They were genuinely interested in understanding how Duchenne affects families and more importantly how they could help END it! It was very inspiring to see that level of empathy in my students."

I believe this had a big impact on why we were doing this fundraiser. Select students in fourth and fifth grade wore weights around their wrists and ankles for a whole school day, and then reported back to their class on how it made their daily tasks difficult. Fifth grader Lexi said:

"With just a few hours with the weights on it started hurting a lot, but I didn't take them off because a little two year old has to face this for the rest of his life...unless we can raise this money.” 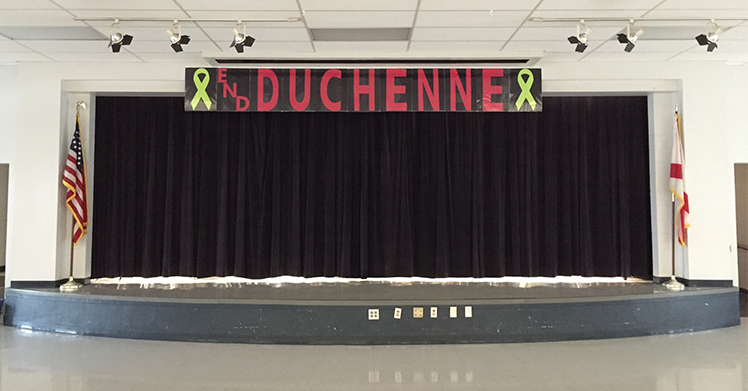 Dollars Destroying Duchenne ran from February 2 - February 26, 2015. Donations were collected using donation forms throughout the month. Any students who donated $20 or more were given the title of SUPER DESTROYER and given an 'End Duchenne' bracelet. 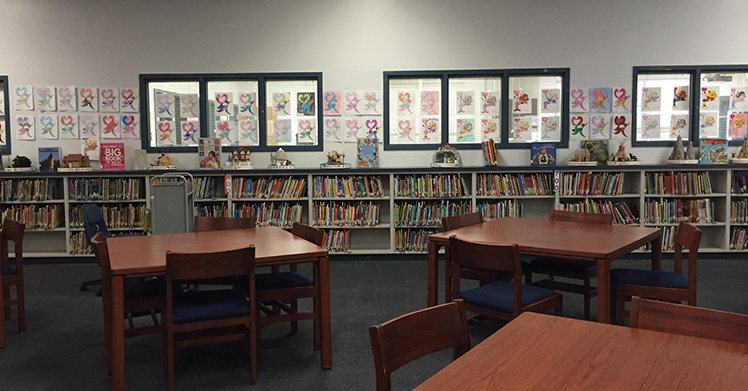 During the week of February 9, students were given a Valentine coloring sheet. If it was brought back completed with a dollar, the sheet was displayed in the school library. Also during this week, students were able to give Benjamin Valentines by placing them in a wishing well in our cafeteria. Students brought in Valentines (either store bought or homemade), letters, drawings, toys, and candy for Benjamin! 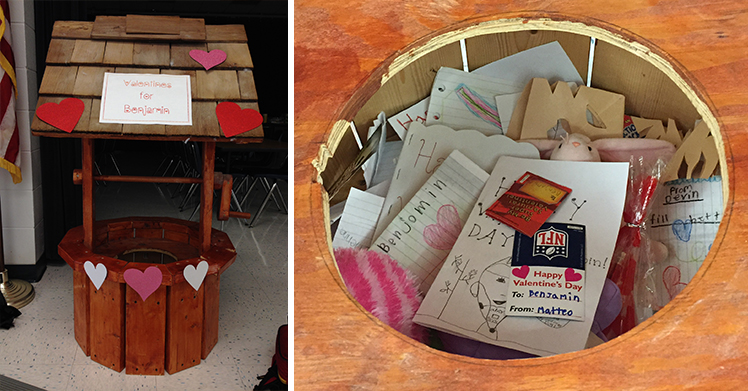 During the last week of the Fundraiser students could donate $1 to wear a red or lime green t-shirt in place of their normal uniform shirt. During this same week, any staff member who donated $10 or more was allowed to wear jeans every day of the work week. 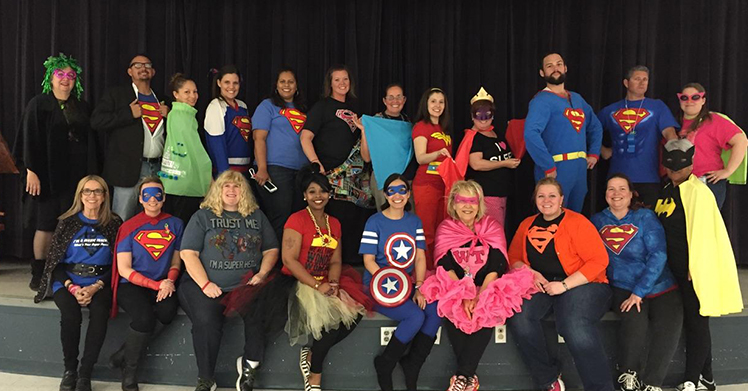 On February 17 several staff members dressed as super heroes in support of all of the donations the students had brought in. 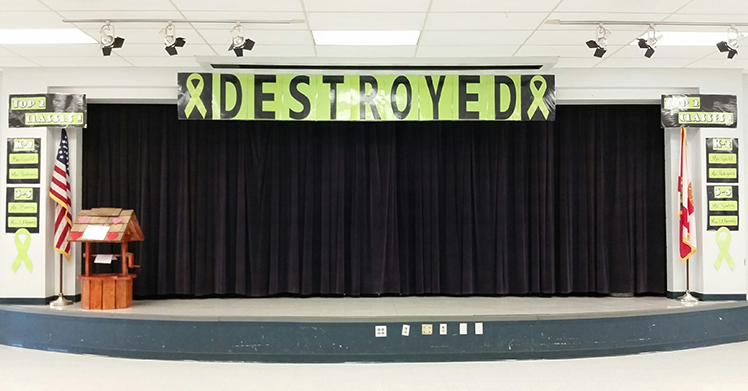 At our final assembly, we showed a recap video with pictures and amounts of donations collected throughout the event -- $12,231.88 total. The kids went wild! 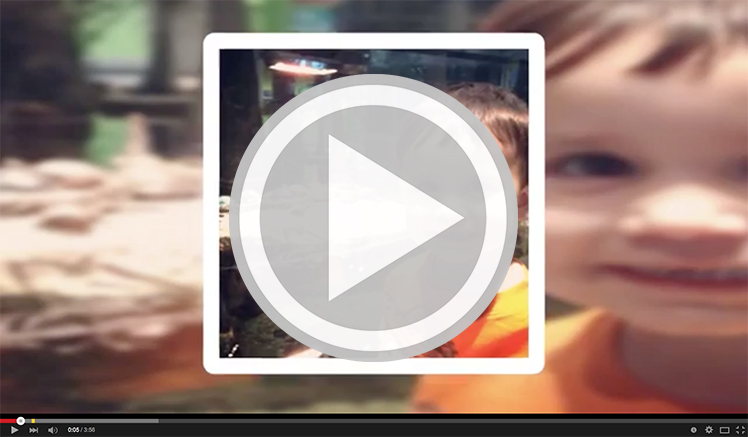 If you would like to do your own event, here are the files to start with. Each one can be changed to fit your school’s needs.

Amazing job with this!  Certainly will look into doing this, really helpful that it's all ready to go!  Lol!  I will contact you guys at PPMD when I am ready. Thank you Diana for fighting for our boys and all of you at PPMD!