ACTION ALERT: Stop the Graham-Cassidy proposal in the Senate 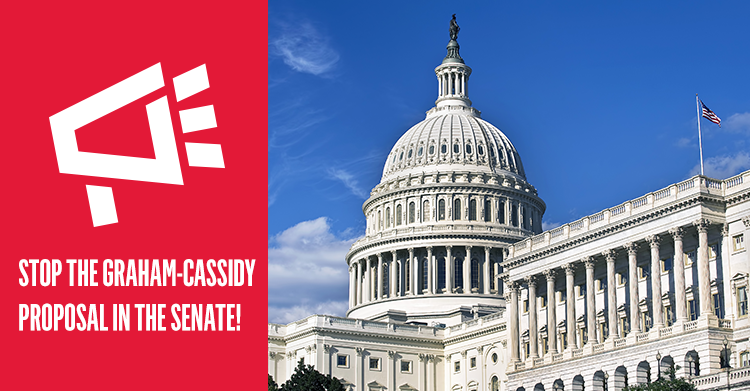 The Senate is considering another effort to repeal the Affordable Care Act (ACA) before the end of the month. Last week, Senators Lindsey Graham (R-SC), Bill Cassidy (R-LA), Dean Heller (R-NV), and Ron Johnson (R-WI) released a new plan to repeal and replace the ACA. This proposal is commonly referred to as Graham-Cassidy, and it must be considered by the Senate by September 30 in order to meet technical Senate rules for a 50 vote threshold.

The bill contains many of the same harmful provisions that PPMD and the patient advocacy community have opposed this year throughout the repeal process.

The Graham-Cassidy proposal would repeal federal ACA funding for premium support, cost-sharing subsidies, and Medicaid expansion, and replace it with block grants to states to use to implement their health insurance markets. It would also allow states to opt out of important patient protections and radically transform the Medicaid program and reduce funding for it.

We must urge the Senate to #ProtectPatientsNow by voting “no” on the Graham-Cassidy proposal and instead continuing to support ongoing bipartisan efforts to stabilize the market and create long-term solutions for the healthcare system.

Graham-Cassidy will lead to unaffordable insurance for people with Duchenne and other complex health conditions and coverage that will be inadequate to meet their health care needs.