Today, a key Senate committee will consider the MD-CARE Act Amendments. This comes a few weeks after the House approved their version of the bill. This is great momentum!

We need all members of the Senate to know how important advancing this bill is to our community.  A few clicks could mean so much to educating Senate offices about the importance of the MD-CARE Act and how it impacts your family. Once the HELP committee moves the bill, both the full House and full Senate will need to take up the legislation.

PPMD has been working closely with the HELP Committee and key staffers over the past several weeks and months to prepare for today.

The MD-CARE Act Amendments have made significant progress over the past few weeks largely because of the activism of the Duchenne community. Let’s keep it up during this important time! Please take a moment to reach out to your Senators and share with your friends and family to do the same. 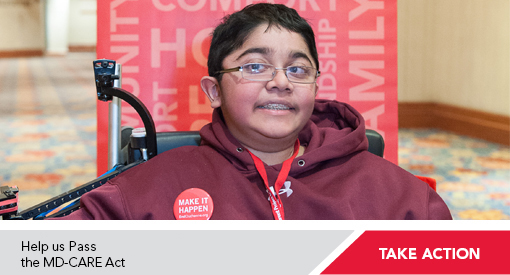 Great work to constituents from MA, NY, NJ, MS, and VT – we have secured both Senators already!