HerSelf First. The name may strike you as a bit quirky. Some of you may wonder what exactly does it mean? And others may sigh and think ‘wishful thinking’. We are all technically savvy, able to put mobile phones on ‘silent’ or ‘vibrate’, computers on ‘sleep’ or ‘hibernate’ and have the advantage of using ‘restart’ or ‘reboot.’ But…

Family trip to the Pumpkin Patch

Our family trip to the pumpkin patch.  We had a great time laughing and just spending time together.  Over the last 3 years life has thrown up a few curve balls, but I am so happy to have my amazing family to love.  (Left to right, Wyatt 3 1/2, Travis 12, Carter 8 months, Leigha 17, Brady 6, Anthony 15)

Fall is my favorite season. It is a wonderful time of year from the time summer ends with warm sunny afternoons, cool crisp evenings and long shadows to the mid season with brilliant foliage, the smell of apples and oak leaves that amuse the senses. Even late fall is pleasant when most things turn from crimson and gold to mainly brown, the trees struggle to hang on to a few remaining brown leaves and the temperatures barely stay above freezing. Fall is a comforting season when people turn in…

Being the founder of an organization that has people in different parts of the country you’ve never met is a little weird for me. In spite of that, I feel very inspired by these women who have all in their own way found what drives them to…

The Duchenne community has been eagerly awaiting news about a Phase 2 Randomized, Placebo-Controlled, Multiple-Ascending-Dose Study of ACE-031 in ambulant, steroid-treated boys with Duchenne (A031-03). We were all disappointed to hear the study was terminated and hoping to understand what were the results of the study in terms of safety and pharmacologic effects and what expectations we might have with regard to next steps for ACE-031. We needed a therapeutic dose of…

Staff So Much Happening this Weekend.... 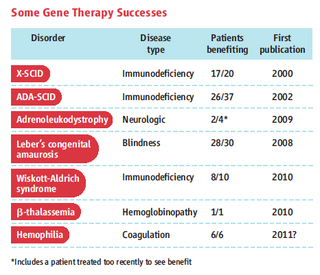 In 1986, Louis Kunkel is recognized for discovering the dystrophin gene...

He was not the only individual focused on finding the gene responsible for Duchenne. There were several groups of investigators in Europe, Canada, and the US racing to find this, the first gene to be identified. Dystrophin - thought to be the holy grail, the key that would soon unlock…

Laughter echoed from down the hallway. I paused folding the laundry momentarily to listen. It was MEA week and my two younger sons were off from school for the next few days. We had happily agreed to entertain my nine year old niece Kayla and her friend Meaghan during this time. Just the week before my boys had mentioned they missed playing with their cousin Kayla and wondered when we could have her stay over again. It is wonderful sometimes how things can just magically fall into place.…

The Roundtable will provide an invaluable opportunity for parents and family members of boys with Duchenne Muscular Dystrophy to gather with practitioners, researchers, and other parents in an informative and supportive environment.  It is our sincere hope that the Roundtable will facilitate an ongoing dialogue amongst the participants and the presenters so that we may achieve optimal care for boys living with Duchenne.

My son Zach let know immediately upon the return from my "moms week away" how happy he was to have me back at home and resume my role as mother. He had graciously accepted the responsibility of caring for his two disabled younger brothers, while I spent a week in Vegas with my two sisters, relaxing and enjoying some much needed time off. As he wrapped his arms around me to welcome me home he whispered that everything had…
Continue

Having a child affected by Duchenne muscular dystrophy means attempting to maintain a sense of stability which is often an unsteady target.  As we seek normalcy, the very ground we walk on seems to move like a gelatinous surface.  Still, most families cope and deal with each change as it comes while waiting for the next, often holding one’s breath.  There are instances when an event comes out of the blue that challenges the delicate foundation we grasped making us wonder what…

Staff Rate your Duchenne/Becker care through the Clinic Survey

Staff Co Blog: A Blue One

Co-Blog- This month, I wanted to share with you a blog Ivy wrote that really affected me and I think will move you. For me, this is story is about taking off our glasses, the way we view others, the way we view the world.   Hard as it is, heartbreaking as it may be, we have to squint, to see the world differently, and to see the world as our sons see the world.  And with some luck, we might just appreciate ‘the blue one.’ Thank you Ivy for sharing a moment we all can…

Staff An Amazing September Starts a Fall of Promise

As we say goodbye to September and hello to autumn, I wanted to take a moment and thank you.

PPMD and the entire Duchenne community are busier than ever. There is so much to do, to push forward, to get done, in our daily lives and in the care of our sons. Every now and then, though, it is important to take a minute to exhale and realize what you’ve done, what’s been accomplished, and what is happening around you.

“We had a fantastic season. We won the Long Beach Grand Prix in the Touring Car division, and I made history becoming the first woman to win a Pirelli World Challenge Touring Car race and now just the third to ever win a race at Long Beach. Do I wish…