Adventures in Serial Casting . . . Round Two

Well, yesterday they casted his right foot. She checked his left foot and felt he hadn't lost too much range and still fit (just barely) into his night splint so we are going to let that one be for now. I am still hoping that somehow this will all sink in to Jonathan that we; his parents, the PT and his Dr. are just trying to help him the best we can. The rest is up to him. This could all be a big waste of time if he refuses to stretch and wear his AFOs. At 17 he has to learn that he does have… Continue

Good visit with Dr. Wong and Staff for my son, Alex

I am happy and thankful today and wanted to share. My husband and almost 9 year old son, Alex are in route back to California from a 2 day visit with Dr. Wong and staff. We are pleased that he is doing very well and on some tests a little better than last year. I have been on this rollercoaster for 4 years and it is nice when we have good days...like today.

I can't wait to hug my son tonight when he gets home!

My baby boys are 6 years old today!! Guess they're not really babies anymore. How on earth they're already 6, I don't know.

Not much planned for today. I'm sure we'll go to the pool. For dinner, they've picked IHOP. They've also asked for jello cakes tonight. I'll make 2 little ones since they couldn't agree on one flavor. Sam's is lime. Jake's is cherry. Their party is on Saturday at the fun pool at they Y. They're really looking forward to that. Mostly family coming, but we have… Continue

After 14 years of holding conferences, writing a review should be relatively easy and in some ways it is. Parents and family members gather to learn, to find something, to understand better, to gain strength. Some are new to the diagnosis, the word Duchenne muscular dystrophy a recent addition to their vocabulary. They are raw, tender, bruised and brave making the decision to attend and commit three days of precious time. It is amazing to me to see the community, sitting, attentive, at times… Continue

Another opportunity to wear my "Run for Our Sons" jersey

Last weekend, I competed in a local sprint triathlon. This is my regular summer race date with my older brother, Norm. Heather was not going to be with me this race, which is very unusual, and I was feeling just a little off before the race.

So as I stood in in the cool morning, I was nervous, but knew I was ready...I had just completed the swim and run portion of a 1/2 iron man a couple weeks before. And then we were off.... my… Continue

My training for Run For Our Sons

Well, another week of training has come and gone. The big moment for this week was a scheduled 12-mile run on Saturday. I wound up turning this into a 13-mile run. I ran from Palisades Park (where we were staying) to South Haven, Michigan (where I met Kristin and the boys for lunch) along the Blue Star Highway. Southwest Michigan is really a beautiful place. Especially for someone who grew up outside Chicago. Scenery makes these long runs much more enjoyable. No real problems on the run,… Continue

2008 marked my third PPMD conference, my second in Philly with hubby Brian. I can't begin to share how impressed I was with the progress of the presentations. Each speaker seemed aware of what had been said the year before, and seemed focused on sharing where they hoped to be next year.

I'm amazed at how much of a family the PPMD community is. I didn't introduce myself to everyone to whom I nodded (a personality flaw I blame squarely on my father) but I feel a camaraderie with my… Continue

O.K., so having our child diagnosed with Duchenne was not by choice, let alone having both sons affected. My wife, Alice, and I didn't ask to spend countless hours in waiting rooms, speaking to doctors (Some good, some...well..you know...), deciding what wheelchair is best and wondering whether insurance will cover it or taking a large chunk of savings and weekly salary to buy a gas guzzling accessible van. I'd rather not have to put up with people who stare at my sons, explain to family why we… Continue

My training for Run For Our Sons Disney World 2009

So, I am training to run the ful marathon this year at Disney World. I ran the half-marathon last year. I finished in 2:05:16. I hope to improve my time this year, as well as moving up to run the full marathon. I thought I would post my weekly training log in the hope that some of the faster and more experienced runners would take pity and offer up their collective wisdom.

We just got back from Philly yesterday. The conference was great as usual. Except I've been in funk today. I think I just am over stimulated and pulled from the daily routine where I don't have to be conscious of Duchenne every millisecond of the day. The great thing about the conference is that it gives me a jump start in terms of doing something about this. I want to speak out more, raise more money, help more parents and kids, and just let it be known that there is this community that exists… Continue

This has been such an emotional journey so far. Had a good cry with my husband the other night, and tried to explain to him again where I am coming from, and why I am so sad and angry. I don’t know about everyone else but I am so angry these days! I see people feeding their kids crap, ignoring their kids, not strapping them in seatbelts (and all of the above is common here in Singapore), and it makes me so angry because I have done EVERYTHING right by my kids and yet my son has this disease. It… Continue

Am I overreacting, or just over protective?

Yesterday I took the kids to a little shop in town, somewhere we go farely often. Apparently one of the workers was babysitting ,who I am asuming to have been her grandaughter, the kids were all playing around togther. A few times I saw the little girl,3 years old or so, push Deacon, so I suggested to him to get in the cart, but like any 3 yr. old wanted to stay by his big sister, so I let him. The kids hide in a clothing rack, and when the grandmother tells them to get out, Deacon takes a… Continue

Hello everyone and we hope everyone had a safe and enjoyable 4th of July weekend. We stayed home and it was nice for me to have 3 days off from work. Nick’s coughing and vomiting episodes have continued even though the air quality has been a bit better here in the valley. He has so many secretions and is requiring suction almost on a daily basis. His spirit is good and we finally have him convinced that if he lets us know right away that he is coughing we can get it taken care of sooner without… Continue

My New Set of Wheels

Ok, here is another poem I found. I know many of you out there have not faced fulltime use of a wheelchair yet or are making that transition now. There are also many of you who like my son and our family the wheelchair has been a part of your life for awhile now. Either way - this poem is a good one and sheds a little light on the benefits of wheels. I sometimes think how hard it must have been years ago before the invention of Power Wheelchairs. They do become our boys "car" and allow them to… Continue

As some of you may already know,now thru the end of Aug. Miller Brewing Co. will donate 10 cents to MDA,for every Miller Lite bottle cap sent to them. Please help if you can!! For more info on this check out the MDA website.
Thank you Alicia

Organ donors are in much need...

I heard a radio talk show with Larry Hagman as a guest. They were talking about organ donors and how much in need they are. Larry made a statement about why wouldn't people donate their organs after they are gone, they are done using them after all so why not save lives with them. Organ transplantation has become a major "cure" for many illnesses that have no cure and because of that there is a much bigger demand. But yet people still are weary to sign away their organs once they are gone.… Continue 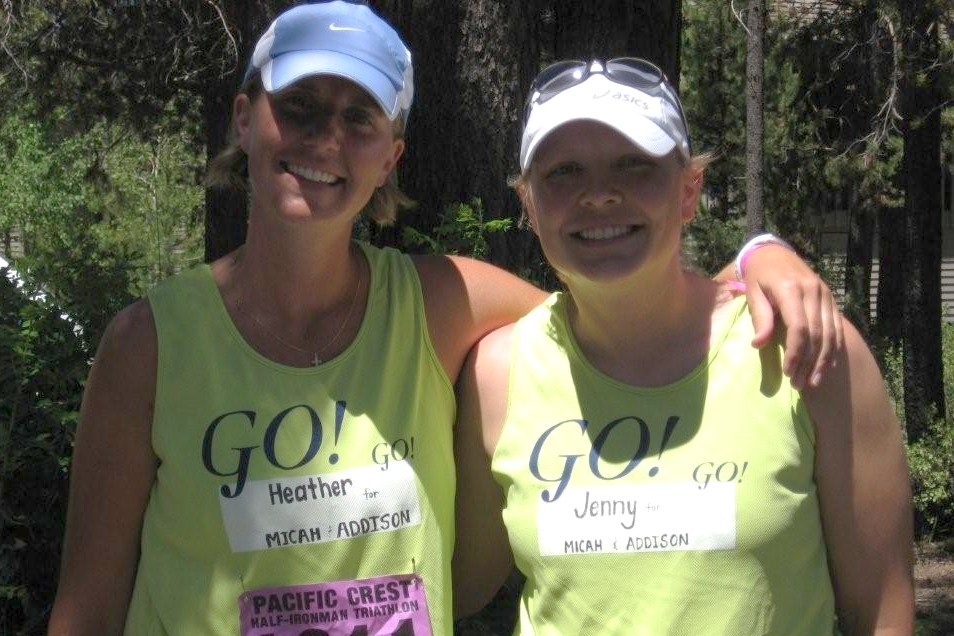