In Spring of this year, PPMD and other Duchenne stakeholders from around the world, convened a meeting with the UK's Shadow Minister of Health, Andrew Burnham, at Parliament. The purpose was focused on Antisense oligonucleotides (exon skipping) and developing an expedited pathway for all…

I’m at the point where I can understand Stockholm Syndrome which is where a hostage or captive develops a bond with their captor. For many years I’ve been held in the grips by Duchenne muscular dystrophy and I’m not implying that I have any fondness for the disorder, the opposite is more accurate. More simply said, it is when you become accustomed to doing things a certain way or are adjusted to a particular ‘normal’ any change in your life or routine is…

Parent Project Muscular Dystrophy (PPMD) has awarded University of Minnesota researcher Dr. Rita Perlingeiro a grant for $220,000 to develop a therapeutic approach for Duchenne using a new type of "adult-derived" stem cell called "induced pluripotent stem cells" or "iPSCs." iPSCs can be created from non-controversial sources like skin, have the ability to multiply indefinitely, and can be coaxed to become many different kinds of tissue types.

Summit today outlines its future plans for the continued development of utrophin modulators for the treatment of DMD. Utrophin modulation is a disease modifying approach that has the potential to treat all genetic forms of DMD. Summit’s…

Wyatt's "special" Day, that Make a Wish made possible

Our family has been so fortunate to be involved with such a "beautiful" group of people.

Wyatt was diagnosed with Duchenne Muscular Dystrophy in Jan 2009.  Since then, things… 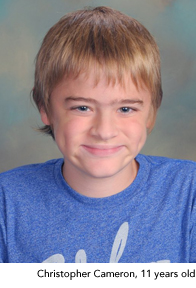 Staff Organizing Your Very Own Fun Run or 5K Event

Fundraising for individual needs of child with Muscular Dystrophy

Does anyone have advice about fundraising for individual needs i.e. house modification for wheelchair; bathroom, tracking, etc? We want people to be able to write off donation, and us not have to pay taxes on what is raised.Any suggestion on a non-profit organization that might allow us to raise money under their umbrella? Or some other avenue?

We were thrilled that 119 parents/guardians were willing and able to complete the entire treatment preferences survey. We are analyzing the data. We are doing the first part of the data analysis in-house, and the second part with our health economist collaborator. Our plan is to present this information to the FDA, to industry and clinical…

When Chris and Patrick died, there was no Internet, no way to connect. The days just after they died, life was busy but at the same time heartbreaking – there was so little time to think about anything. After all was over, silence settled in. We were left with the burden of living without them, of going on and trying to make some sense of it.

No one called, not…

Guest post by Ivy Scherbarth. Ivy is a Colorado/Wyoming FACES Coordinator for PPMD. Follow Ivy at her blog, Living Duchenne.…

"This substantial financing enables PTC to continue to pursue the regulatory approval and delivery of ataluren to patients," stated Michael Schmertzler, Chairman of the Board. "PTC's Board of Directors welcomes the breadth of support and expertise of our new investors."…

I am so excited that in just 6 weeks, Parent Project Muscular Dystrophy will be hosting our second West Coast Connect Meeting in San Diego, CA, April 26-28, 2013. This meeting will be hosted at the San Diego Marriott Mission Valley.… 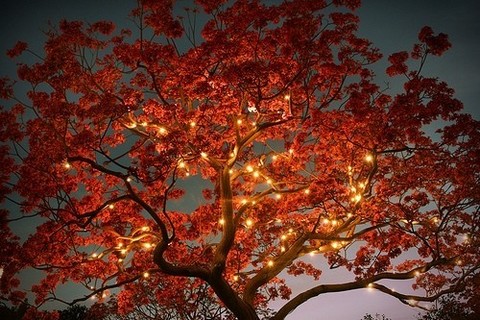 I wish we had a Tree of Hearts. Healthy new hearts would hang on the high branches and devices on the lower branches – low hanging fruit! Established guidelines about who, what, in what circumstances, and where, accompanied by a simple set of instructions for physicians all over the world to understand, adapt, and provide appropriate care for these technologies. A…

PPMD will provide $100,000 to Dr. Stanley Nelson of the University of California, Los Angeles, to examine the genomes of 40 boys with Duchenne who are either very mildly affected or very severely affected. The goal is to identify changes in genes other than dystrophin that may affect the course of the disease.

A person looking in

would see a happy little man.

A person walking by

would see this as a lie.

would notice the tears.

when he cant catch a ball.

Tears that soak his cheeks

When someone makes a joke.

Tears that only a mom can wipe away

that need to enjoy his life.