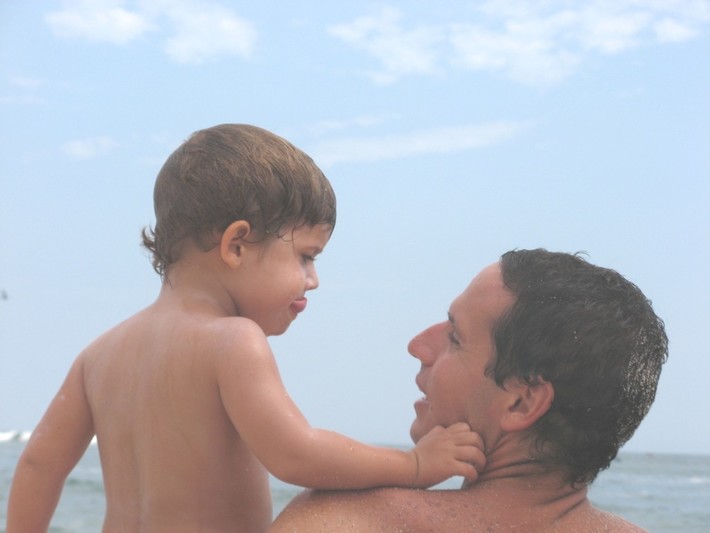 Has anyone noticed less balance and constant falls after starting deflazacort?

About me:
36 YEARS SPORTSMAN, ABSOLUTELY DEDICATED TO MY SON SINCE HE WAS BORN (LUCKILY).
CATHOLIC, EXPECTING GOD WILL TOUCH MY SON.

About my family:
MY SON JUAN IS AN ANGEL, HE FIGHTS AND TRIES TO ACHIEVE WHAT HE CANT GET AT FIRST, LOVES THE BEACH LIKE ME AND LOVES ANIMALS, SPECIALLY CROCODILES, GREEN IS HIS COLOR, HE WANTS TO BE A VETERINARY.

Name(s) of child(ren)/individual(s) with Duchenne:
JUANITO

Hope all ok with you guys .I am still anxiously awaiting your detailed reply to my below comment of 15th November 2012 .You can either write to my email Id or just post it here .It will really help me to convince the doctors here in India to start these drugs for my son as well

Have a nice weekend

Good to hear from u after longtime . May be positive changes are happening internally which are not visible externally . At least it is good that he is not deteriorating .

U are lucky to have a Pediatric cardiologist who is thinking out of box .

Here in India I am struggling since sept 2011 to have these drugs prescribed by my son's doctors but all efforts in vain .They won't do it unless these pass through clinical trials , even though these drugs being safe for human use since long .

Chemists will not give it without prescription .

It would nice if you send me a brief mail with dosage of both drugs when your doctor started these for your lovely son .

You can also write his weight and age at the time when he started both and what changes you find now .Perhaps it is one year now since you started these drugs .

I even got my doctors connected to Dr Subha Raman at Ohio who also got approval from USA FDA to start trial there , but still get trials started in India seems to be daunting task

Your detailed email at earliest will be highly appreciated .

Ps- my son Khush is currently 5.6 yrs old and doing fine .We are on a short vacation now and he is really enjoying

I had sent you few mails some days ago .Hope email I'd of your's is not changed ?

Hope all going well at your end .it's a festival season for us here in India .Its our new year .

Do yo find any difference with Lisinopril and Spironolactone with your son .Still in Mumbai I could not find a doctor who would prescribe it for my son who 5.6 yr old now

Hi JP, so beautiful pictures of my handsome nephew

I can send you all the links via email.  My email is desender@live.com .  If you can send me a brief message, I will reply with the links. Thanks.

Hello Juan, my name is Jefferson and I live in Brazil, but do not speak perfect English, use the google translator, but if you prefer we can speak in Spanish. I want to exchange experiences of life and keep me informed with the research for DMD, and keep in touch with other people facing the same problem. Could you help me in this community? I'm new here and I do not know how things work. As I understand your son has DMD?
good afternoon

I am relatively new to  PPMD site, just joined 4 weeks ago  , but have been associated with DMD since my son Khush was diagonised with DMD when he was 18 mts old . Now he is 4 yrs 5 mts old . His missing exons are 52 to 54 , so he is eligible for exon skipping 55 , which is long way down the line .

Recently I came across two articles one abt Losartan and other of combination of Lisinopril and Spironolactone . All these heart drugs do show some promise on  preserving skeletal muscles as well . Proof of concept is already established on DMD mice .

I fully agree with u and others that time for us is short and long for trials . These drugs are not something new and just taken off the shelf for trial on DMD mice  . They have been there since 1995 and some ace inhibitors are also used on diabetic patients who are at high risk to cardiac attacks,but no muscle damage  , so it should not be too long to apply these drugs in single or combo on our ambulatory kids .

In this regard I met my son's Neurologist last week 22nd sept 2011 and she too was excited on reading these articles . She has asked me to gether more information abt these drugs usage on DMD  and connect her to the researchers / doctors who have worked with these drugns on  DMD mice . I am on my path to do that . She would like to put a proper proposal before the Hiospital's IRB and then go ahead with the pilot study on young DMD kids .

In this respect can u let me know in detail abt yr meeting with yr son's pediatrician who knows something abt safe dosage in young DMD kids like four , five yrs old

My email id is matex1884@gmail.com

I know there is a preventive dose used for kids starting at 4 years, I talked to the pediatric cardiologist, she uses the combination as preventive with kids here in Lima with very low side effects, that is whta I was loking for , my appointment is tomorrow night , i´ll let you know what she tells me about it.

Juan - I did a bit of research and its still unclear to me how you would move on this independently of a clinical study that replicates the findings on the MDX mouse.

Treatment of heart attack (myocardial infarction) is started with individual doses of 5 mg followed by 5 mg after 24 hours, 10 mg after 48 hours and then 10 mg daily. Treatment is continued for 6 weeks.

For treatment of high blood pressure, lisinpril dosing is 20-40mg/day, with little improvement of higher doses

The starting dose of lisinopril for treating high blood pressure is 10 mg daily. The usual dose range is 20-40 mg daily. A dose of 80 mg is not much more effective than 40 mg.

Do you know how the dosage given to MDX mice would translate to humans? I didn't find that in the Circulation article, but most of that article is over my head anyway.

Lisa R Kelly said…
Juan where do you get Idebenone and how much do you know to give your son. I have a 7 yr old with Duchennes Muscular Dystrophy and would like to get Idebenone for him. I you could let me know. Thank You Lisa Kelly

Joshua's mom said…
I know I just responded, but you were also asking about the dosage side-effects. There have been no negative side-effects. The positive ones are incredible though! He has a lot more energy, can climb, run, jump, lost most all of his Gower movements, his physiotherapists have noticed huge differences, and in gym class and recess he now has no problem keeping up to the other kids. Everyone involved with him... including us, dropped our mouths open at the difference. The changes started in about 2-3 weeks.

We buy it from Smart Nutrition http://www.smartnutrition.info/idebenone.html
In Canada we pay $347.00 for a 1 year supply. We buy it on-line and we usually have it in the mail box within 3 weeks.