Is anyone using a Fitbit or other activity tracker to track movement and progression?

First let me start by thanking everyone for their contribution to this forum.  The historical data is immensely valuable to those of us new to MD.

We are awaiting genetic testing to diagnose our eight year old son who has a 21,000 CK.  I am a data guy by trade so I thought I would look at what we have available.  All of our family members have had Fitbits for about a year so we gave him one just for the fun of it.

Looking at the data I feel that it could be useful in monitoring progression of ambulatory boys.  On a basic level this one year average number of steps per day for each month chart shows ups and downs in his movement but overall I believe it shows a fairly stable trend. The months of March and June of 2017 are artificially low due to periods while waiting for a replacement Fitbit.  This data is approximately from his seventh to eigth birthday. In an amateur six minute walk distance test he walked 417 meters. 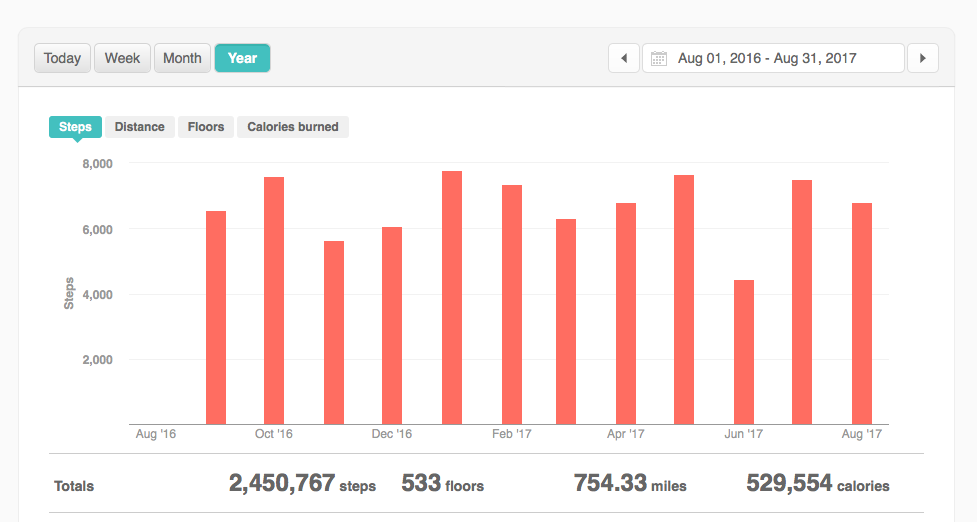 Looking at the data for July, when we were traveling and had some long days, I see that he can often stretch to close to double the average number of daily steps. 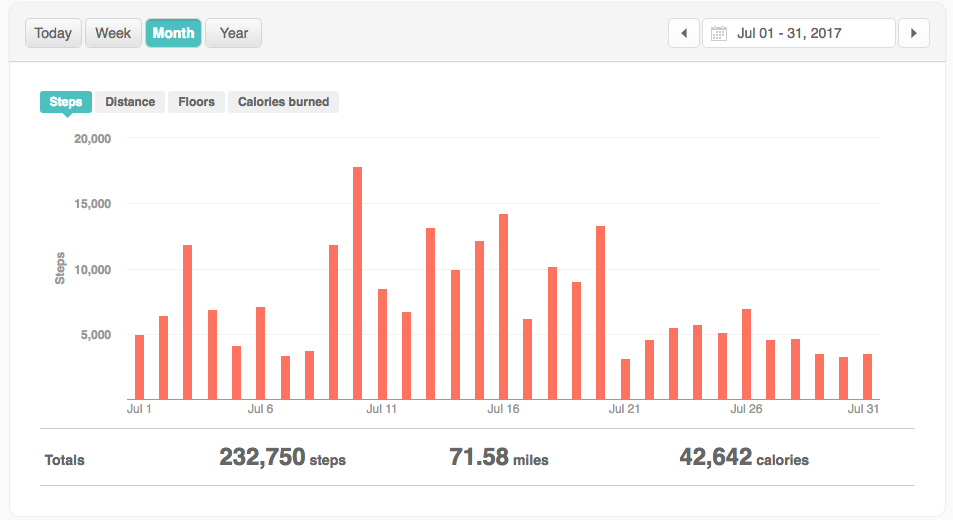 Of course I will not know what all of this means until years down the road.

I am curious if anyone else is using activity tracker data to monitor their son's progression, how their data compares and if there are any specific metrics they are using.

We are using an inexpensive waterproof low end Fitbit after breaking more complex models.  The more complex models are capable of tracking stair climbing counts and heart rate with some accuracy.  The heart rate might be particularly useful for non ambulant monitoring.  My understanding is that the data extractable from the Fitbit is averaged per minute so it is unlikely that stair climbing rate could be determined. I plan to download the data stored by Fitbit to perform more detailed analysis.  Perhaps other devices might be able to provide more detailed data.